At the start of the year, travelers were optimistic about getting back to seeing the world. Restrictions were lifting, the need to cancel travel plans due to COVID-19 was waning, and nearly all (97%) respondents to TripIt’s February survey said they had travel plans for the year ahead.

As of early April, the majority of Americans said they were ready to move on from travel mandates, i.e., the federal mask mandate and COVID-19 testing requirement for international travel—remember those? Just a few weeks later, the former mandate expired; later in the summer, the latter did, as well.

So while 2021 was a year shaped by COVID-19 testing, requirements, and restrictions, 2022 would look much different. Here’s what shaped this year in travel.

In June, American travelers’ top concern was whether a trip might need to be canceled or rescheduled due to COVID-19 restrictions, requirements, or illness. But by September, that concern dropped—significantly. And in its place: the possibility of flight cancellations, delays, or changes.

Indeed, 70% of people surveyed said flight disruptions were their top concern—an increase of 29% from June. Meanwhile, the cost of travel (34%) and the possible need to cancel or change a trip due to COVID-19 (33%) were a distant second and third.

And it’s not difficult to see why: According to the Department of Transportation, more than 45,000 flights (2.5% of all scheduled services) were canceled between June 1st and August 31st. And over 413,000 flights (22.5%) were delayed by 15 minutes or more in that same period.

TripIt data echoed the DoT’s findings: More than half (57%) of those who flew between March and September experienced some type of disruption.

Thankfully, flight disruptions cooled off from the summer highs—but Americans won’t soon forget. Nearly all travelers (93%) told TripIt they’ve since changed their behavior when it comes to preparing for a trip. More than half (52%) said they now arrive at the airport earlier than normal; 45% book travel plans (e.g., flights, accommodations) with brands/providers they trust; 44% plan ahead for a delay (e.g., bring snacks and reading materials to the airport); and 41% avoid checking a bag.

2. Inflation influenced the when, how much, and how many of Americans’ travel plans

According to TripIt survey data released in September, one-third of Americans said cost was a major concern when planning a trip, and more than half (57%) said inflation was impacting their travel plans in the year ahead.

In addition to impacting travel plans, inflation (52%) was also the primary driver for those travelers who said they'd spend more on travel in the year ahead. Travelers also attributed rising airfare (49%) and gas prices (29%) to the reasons why they were spending more on travel.

Those who said they planned to spend less on travel—just 13% of people—most (74%) attributed planning fewer trips as to how they’re cutting back on cost.

And for 51% of travelers who said that they were planning to keep spending as normal, 78% said they would change their spending behavior in some way if inflation continued. Many planned to leverage points and miles as a method of savings (36%), but nearly as many (35%) said they would resort to traveling less altogether.

TripIt data also revealed an emerging trend: An atypical shoulder season. Survey data showed that 85% of Americans had plans to travel between September and mid-November.

Should costs continue to rise, will we see more travelers eyeing the lower-cost shoulder and off seasons for their trips? Be on the lookout for this trend in 2023.

3. Despite concerns and costs, Americans traveled near, far—and to fulfill their bucket-list dreams

Alas, 2022 wasn’t all increased costs and cancellations. Far from it. This year, Americans returned to the skies, roads, and rails in the highest levels since the pandemic. Popular holidays for travel—such as Memorial Day, Fourth of July, Labor Day, Thanksgiving, and Christmas/New Year’s—all far surpassed even 2021 numbers.

Many Americans also made plans for bucket-list (AKA, once-in-a-lifetime) trips this year. Of those planning bucket-list trips, more than half (57%) of travelers said they planned to travel internationally.

And finally, TripIt dug into its travel stats data—learn how to see your travel stats here—and found out what the typical TripIt traveler’s year of travel looked like. 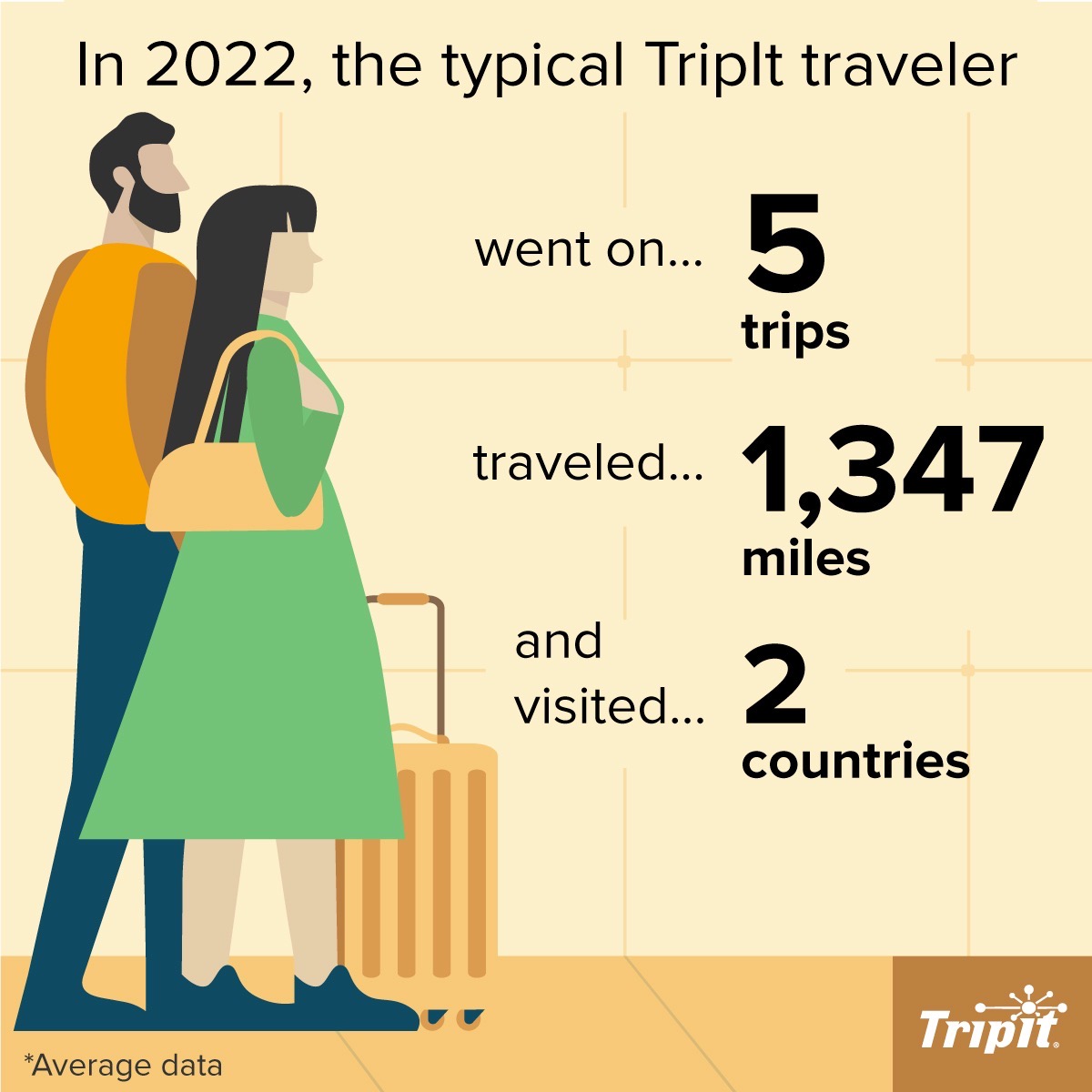 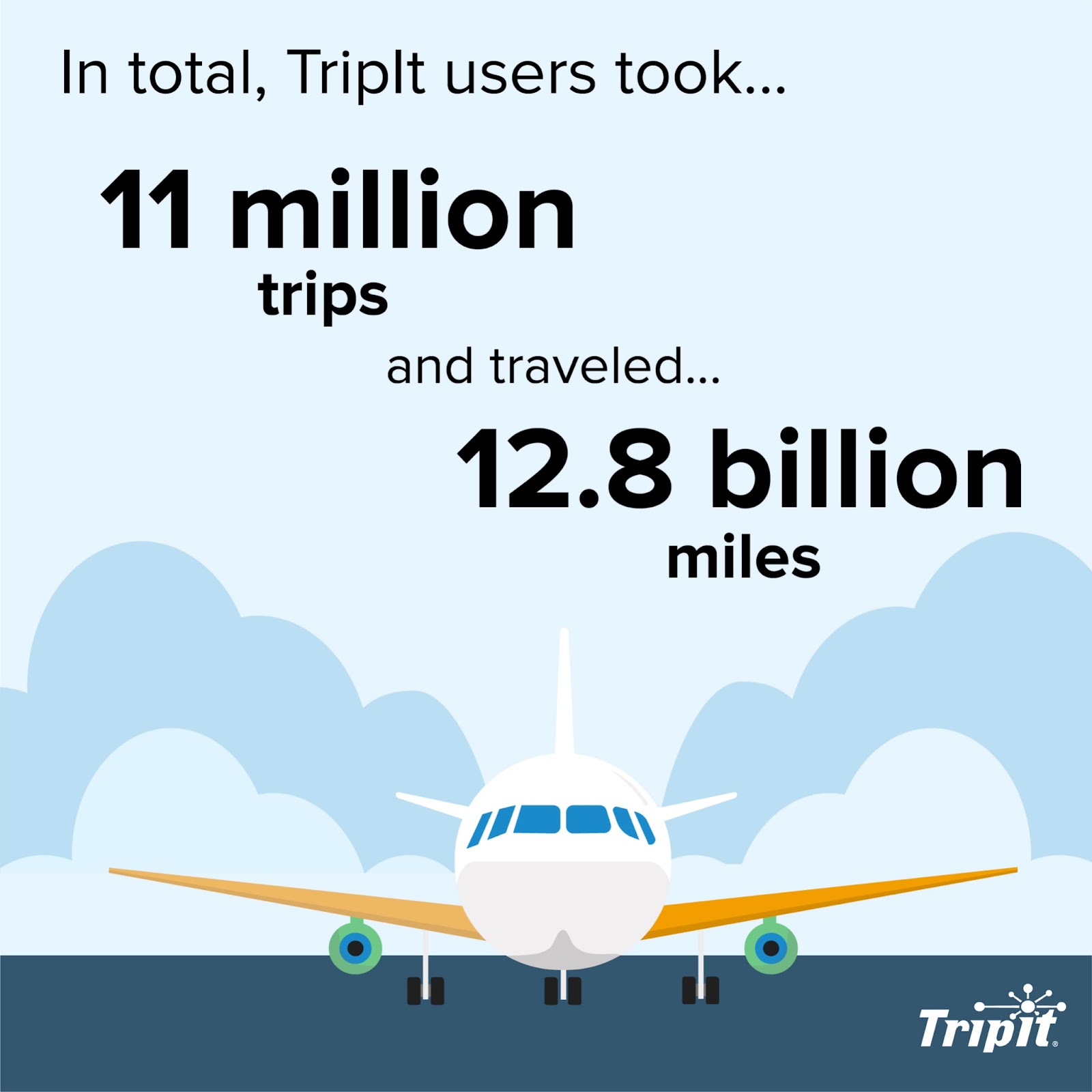 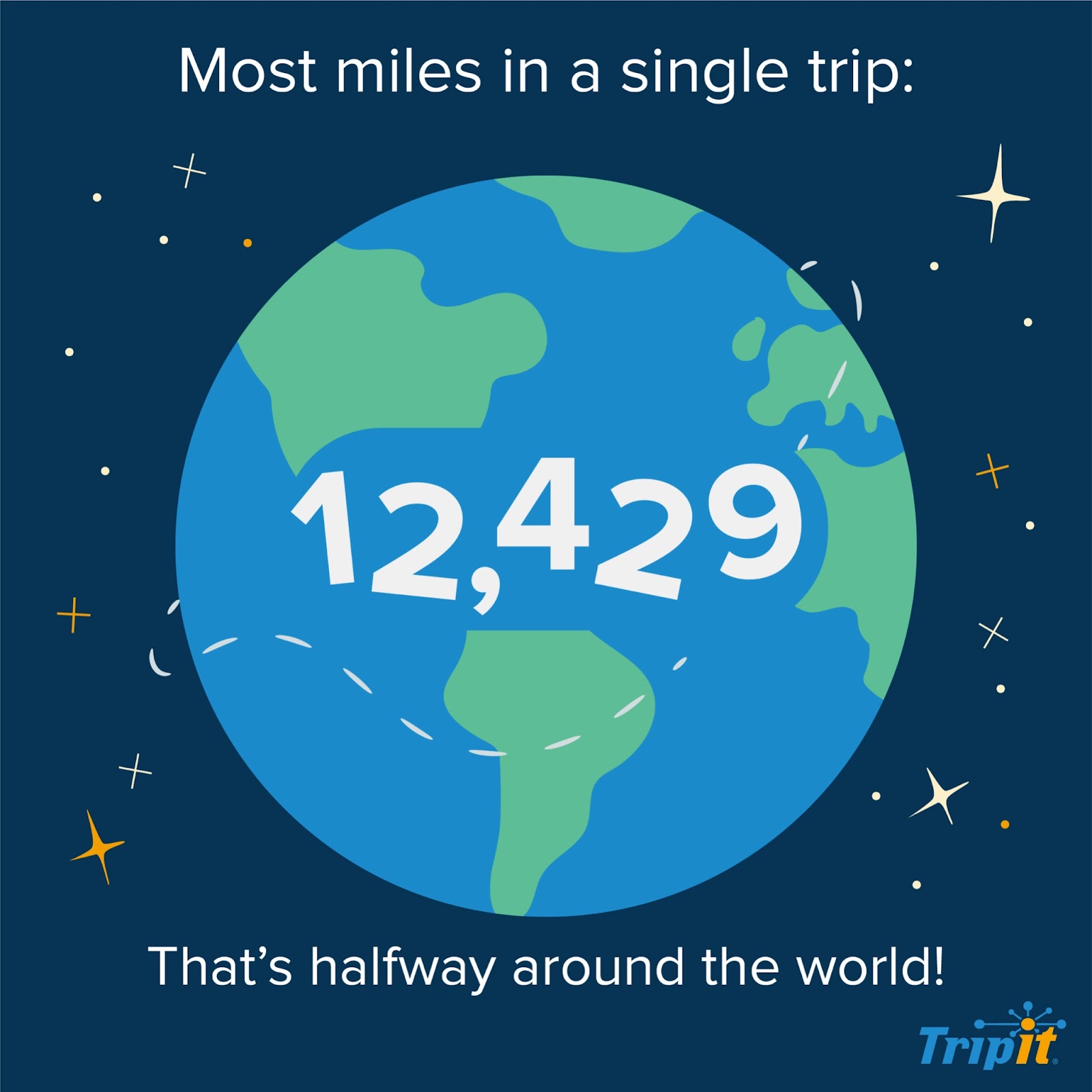 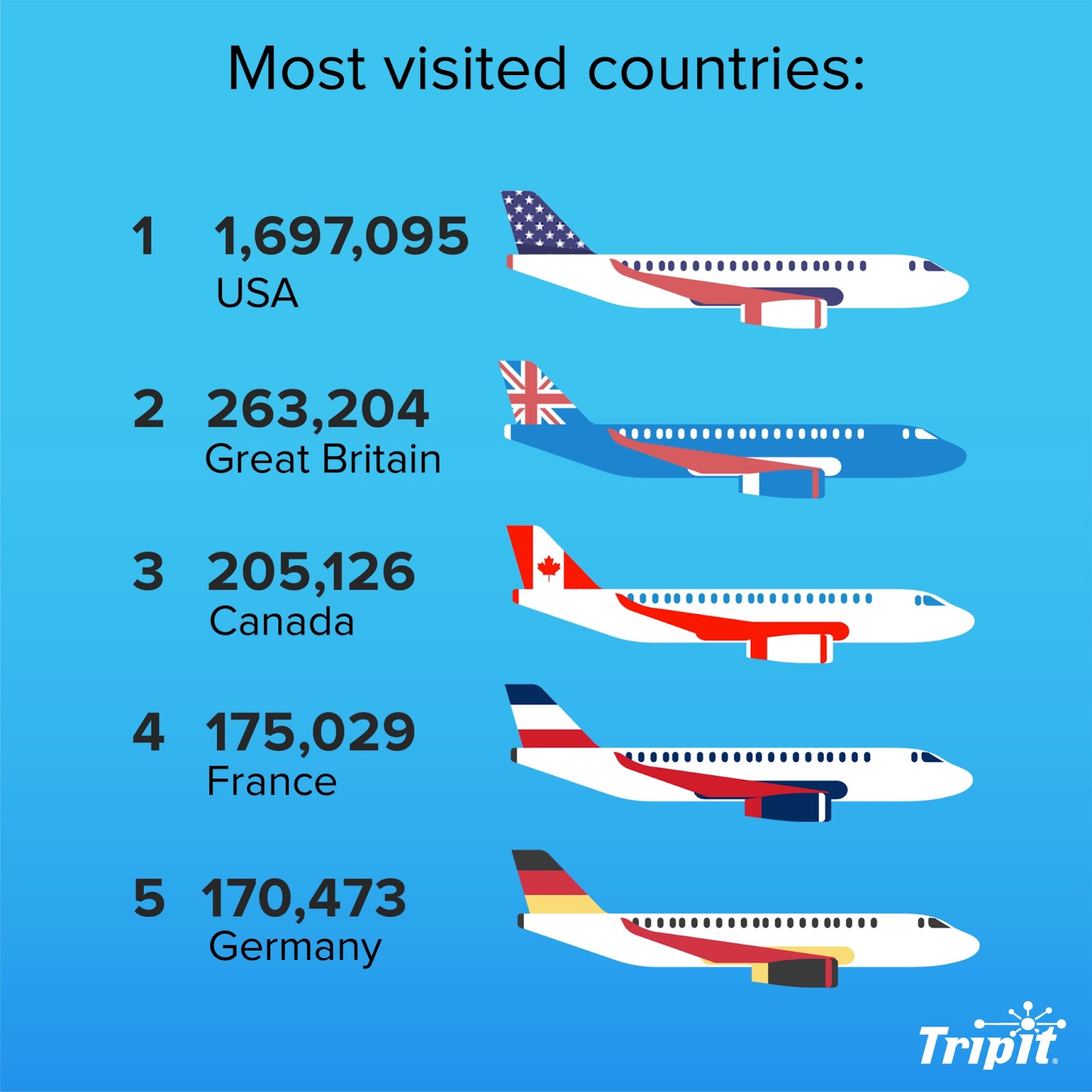 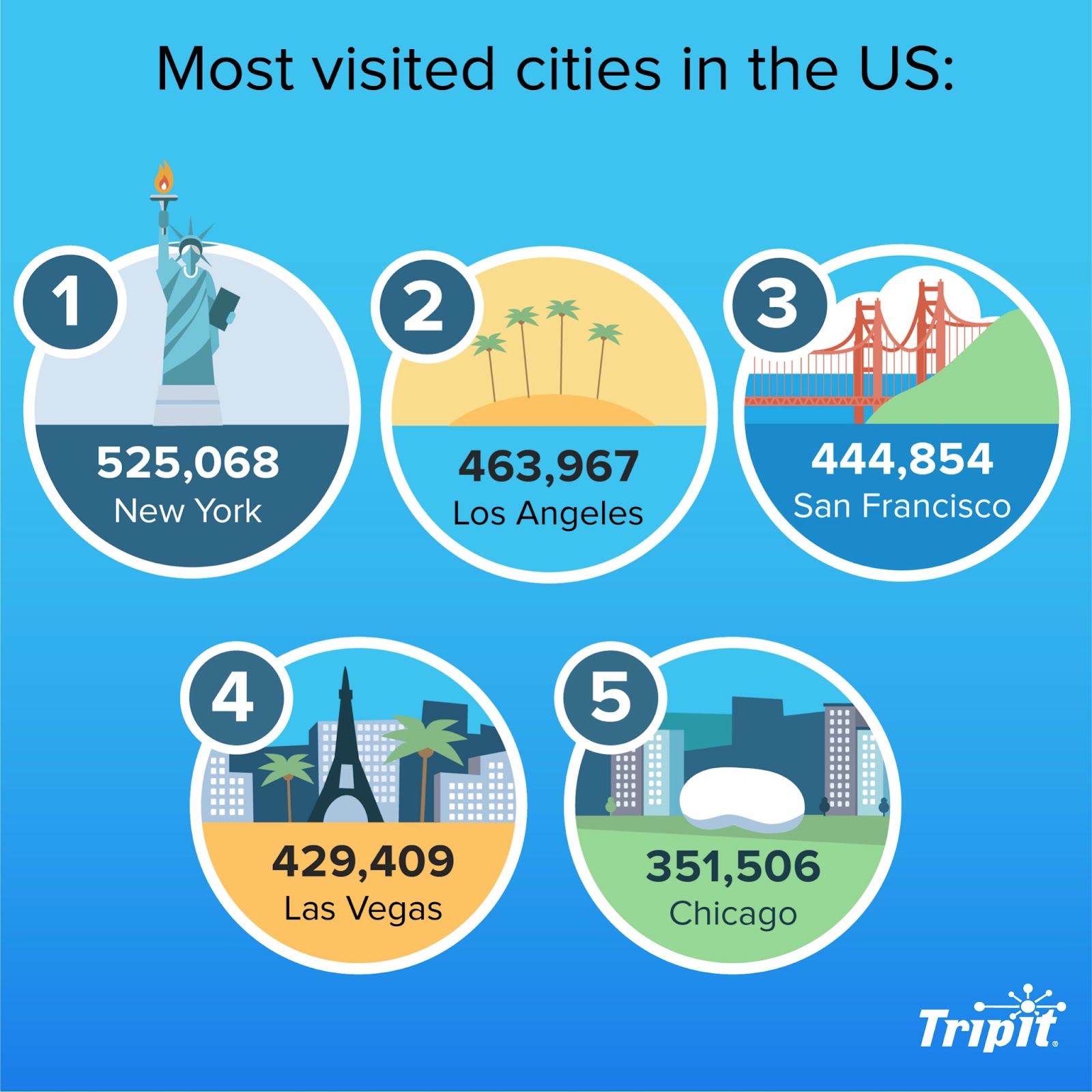 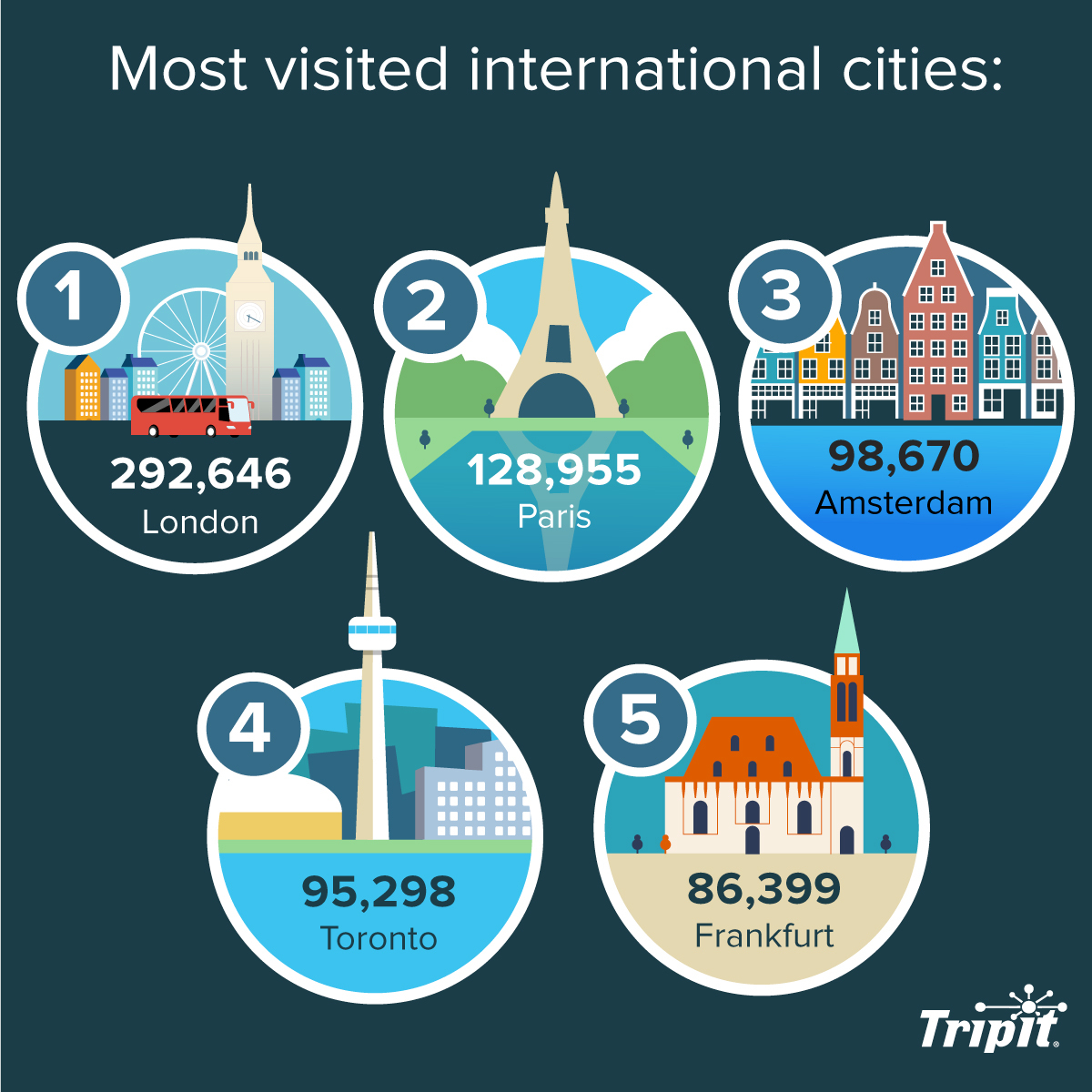 Methodology: For survey data, TripIt surveyed U.S.-based users at various points throughout 2022 to understand their recent travel experiences, as well as their travel plans for the year ahead.

For reservation data, TripIt looked at  U.S. origin round-trip  flight, lodging, and rental car  reservations for each holiday. Reservation data in TripIt is provided by users and is booking provider agnostic.

Amanda Wowk is a freelance writer, founder of Amanda Wowk Creative — a content writing services company — and avid traveler. Her experience spans the travel industry, supporting clients in travel tech, luxury travel, and consumer brands. When she's not helping clients tell their stories, Amanda writes about her own experiences to inspire others to travel as far, wide, and frequently as possible.

Travel Myth Busters: The Truth Behind the Best Ways to Find Cheap Flights

7 Savvy Ways to Save on Business Travel

How to Save Money on Travel With TripIt

5 Romantic Cities to Visit This Winter

How to Save Money on Travel With TripIt